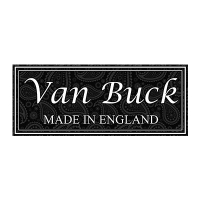 Van Buck was established in 1976 and currently deals with over 300 independent shops and stores within the UK and Europe and now, due to the distinctive designs and colours of their Limited Edition silk tie collection, they have a large number of individual customers from around the World.

Van Buck is a second generation family run business. Founded by Peter Rayner and Tim Buckman in the 70's, ties have evolved many times since then, from kipper ties when they first started to the slimmer ties of today. Their factory and office is located in a small village in Sible Hedingham, Essex, 45 miles from London. They currently have over 100,000 ties, bows, handkerchiefs, cummerbunds, cravats, and cufflinks in stock with fabrics purchased from the finest weavers and printers from around the world, including England, Scotland, Italy, Germany, America and Asia.

Van Buck originally began by offering Sale or Return to shops and stores some 40 years ago, whereby the retailer would only pay for what they sell. This practice is still popular today with economic pressures on the High Street. So we take great care and pride in producing a high quality product and a first class service that retailers and shoppers buy, again and again, at a price that's competitive. Testament to their quality, design and service, is that they still have customers that started with us over 40 years ago.

Brought to you by Associated Independent Stores. All rights reserved.